One Hit One Miss

I tried to go to the Festival of Friends to see my friend Steve Witt's band Petty Victories opening for Dallas Green (proud born&raised St Catharines native) in City and Colour.  But by the time I got to the McNab transit terminal where shuttles were running to the new Ancaster location I was candidly told by the driver that it would be a few hours before the shuttle returned and to not even bother.  Long before headlining show I might add!  All this due to a band I'd never even heard of before: The Sheepdogs.  The Saskatoon indie rockers exploded onto the scene not even a week ago after winning Rolling Stone's Choose the Cover contest and it seems the entire GTA went to Ancaster to see what's up.

I couldn't tell ya what's up .. cause I never made it there!  Unfortunately for Festival of Friends this is the first year at Ancaster Fairgrounds after 35 years in Gage Park and their proving moment was only hours after opening.  True the festival drew record numbers .. but parking lots filled up early, both the 403 and the 2 lane country roads around Ancaster clogged up so the free shuttle I was going to take either took 2+ hours or didn't run at all.  I can't even comment on what did  happen at the festival the first night. 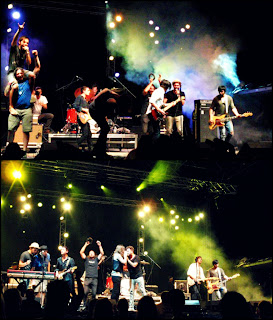 Saturday, the 2nd night was great!!  Scared off by reports of the first night and rain earlier in the day, there was a more manageable number of people - I easily made my way right to the front and dancing / movement was still possible.  Tonight was like a highschool flashback for me!  With little else to do growing up in the suburbs (+ living away at university in Thunder Bay) I spent all of my time at shows, a number of which included By Divine Right, members of which started off the afternoon with their current band: Cowlick.  Then followed The Reason, I was first introduced to them in highschool when I got started in show photography at the Burlington YMCA.  The Juno-award-winning Arkells rounded out the local talent with another exceptional set including my newest favourite of their songs: The Whistleblower (see video at bottom) -- they seem to really rock the summer festivals, and I must say, having cleaned up his scruffy style, lead singer Max Kerman is lookin quite good!  Its great to see so many successful bands representing the Hamilton / Burlington music scene.

Then I got to see an act I never thought I would: The Tea Party who have reunited this summer for just 9 concerts, although it was mysteriously mentioned on stage "we're baaaaaack"  I blushingly admit to having had a bit of a crush on Jeff Martin in highschool and I used Tea Party songs in my lyrical dance choreography.  I've always loved their mixture of blues and eastern influence rock with unusual open tunings and strange instruments and there was no shortage of instruments in their live performance .. with Jeff and Stuart Chatwood the "bassist" playing between them a wide variety of guitars, stringed instruments and handrums plus keyboards, harmonium, and even a theramin which I've always wanted to see! 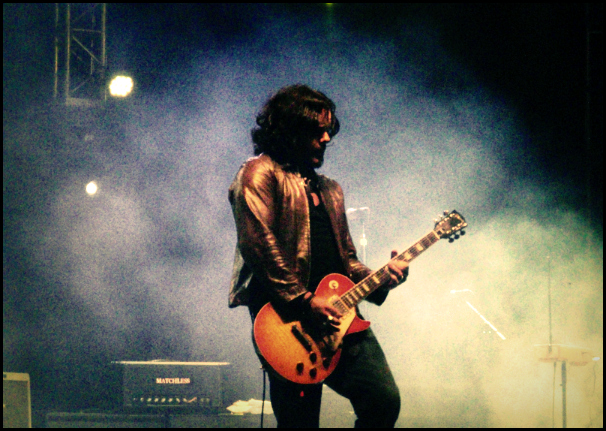 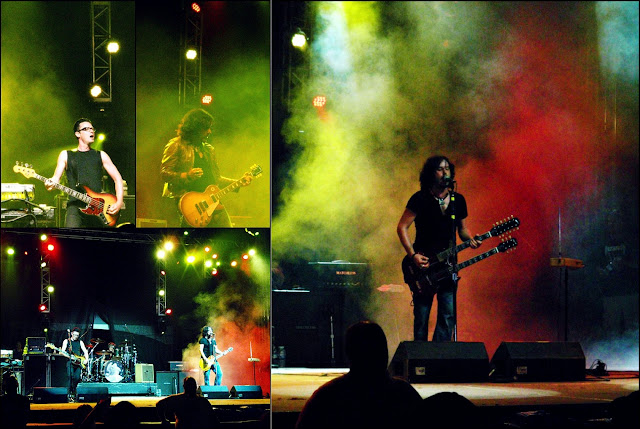 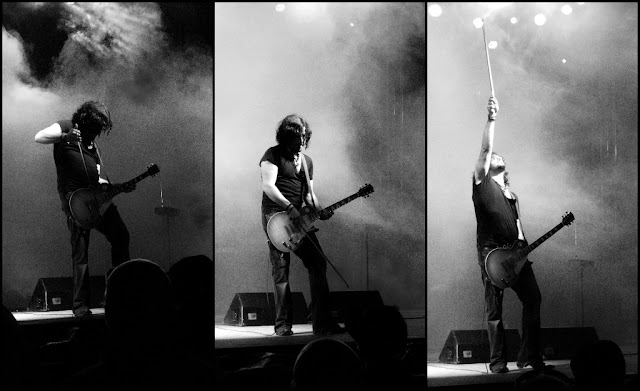 (yes I've skipped mentioning the in-between Helix and Saga both of which were formed over a decade before I was born .. I went to the bathroom and said hi to the guys at the Gorilla Cheese truck)

Find me on Polyvore